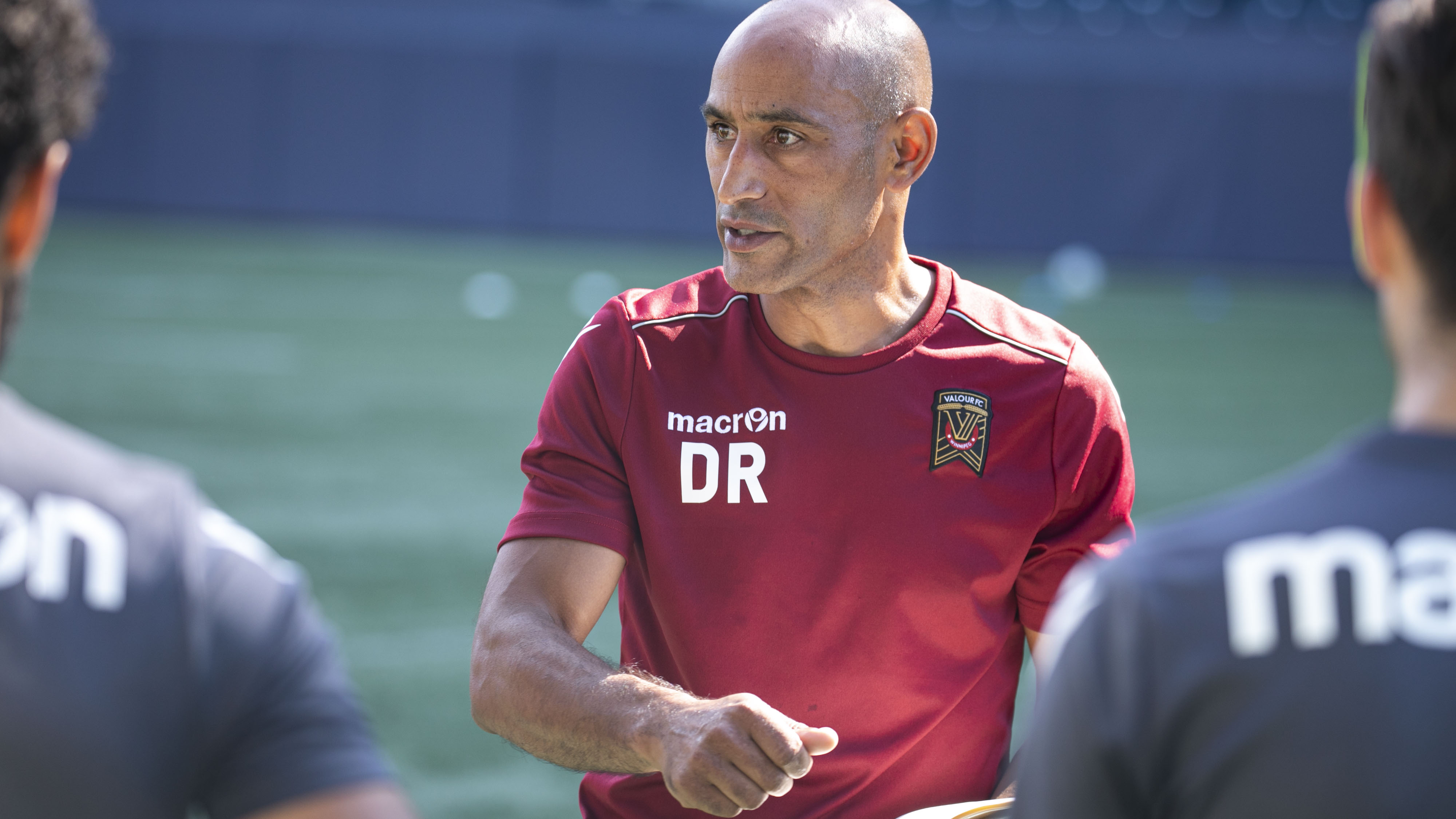 The boost in skill level was obvious and the energy through the first few days of Valour FC’s training camp back in March was palpable.

And then… well, the whole world took a stinging slap across the face as the Coronavirus began to change our lives dramatically.

The second instalment in our Valour Year in Review series looks at the long, strange journey the club embarked on with the opening and sudden mothballing of training camps in March due to the global pandemic, to adapting to isolation and Zoom calls to a gradual return to the pitch.

Rewind to early March and Valour was less than a week into its second camp and there was an obvious enthusiasm about the quality roster management had put together over the offseason. 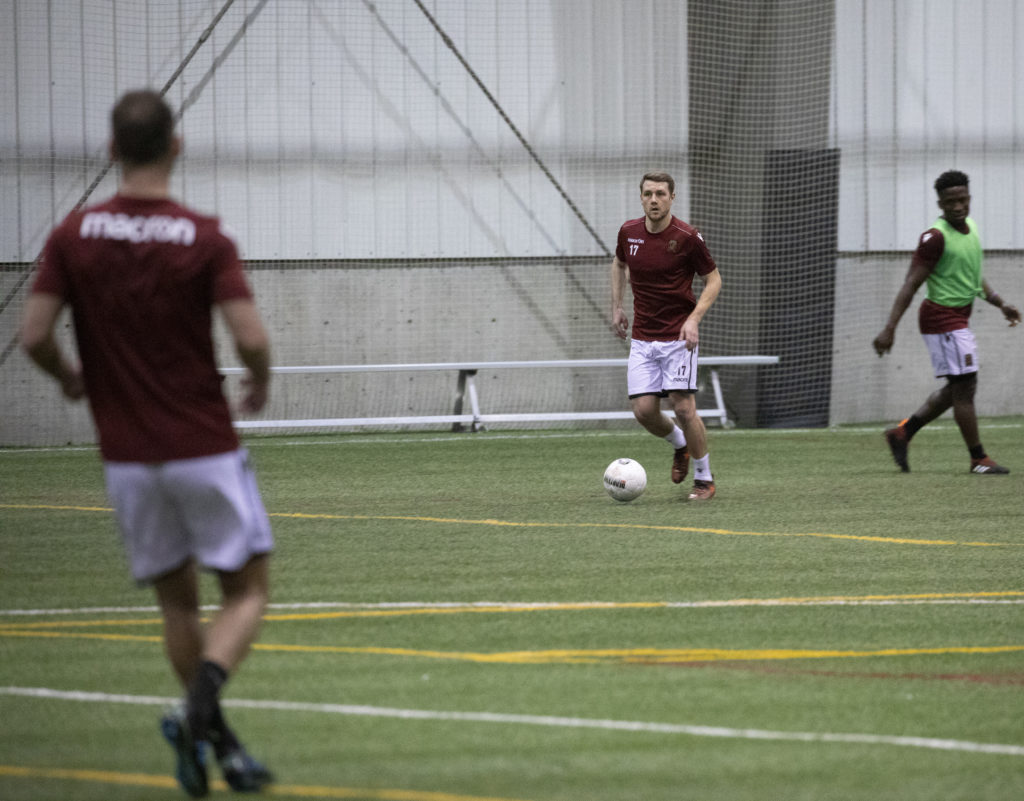 That momentum came to a full stop with word from Canadian Premier League headquarters all camps were to be put on hold – just as was the case in almost every sport across the globe.

“All we can do is wait and follow the expert advice of medical people and make sure we’re doing the right thing for society,” said Valour GM and head coach Rob Gale when the plug was pulled on camp. “And, within that, each of us must try to do what we can to stay connected and keep preparing for playing for when we all get back together again.”

The postponement of camp meant six players on trials headed back home while another 13 who had already settled in Winnipeg opted to stay.

The club then worked to keep players and staff connected by setting up at-home workout schedules and coaching sessions. That soon morphed into regular Zoom calls where players and coaches worked to stay connected.

“It wasn’t a good rendition, trust me,” Aird said at the time. “But I had to do it. It made for a good laugh. It’s all banter and helps keep everyone’s spirits high and that’s what we need at times like this.”

The postponement of camps, coupled with the confinement and Zoom calls, led to some interesting dynamics. Midfielder Masta Kacher was a regular participant on the calls through to June – without having actually having had a face-to-face with his new squad. 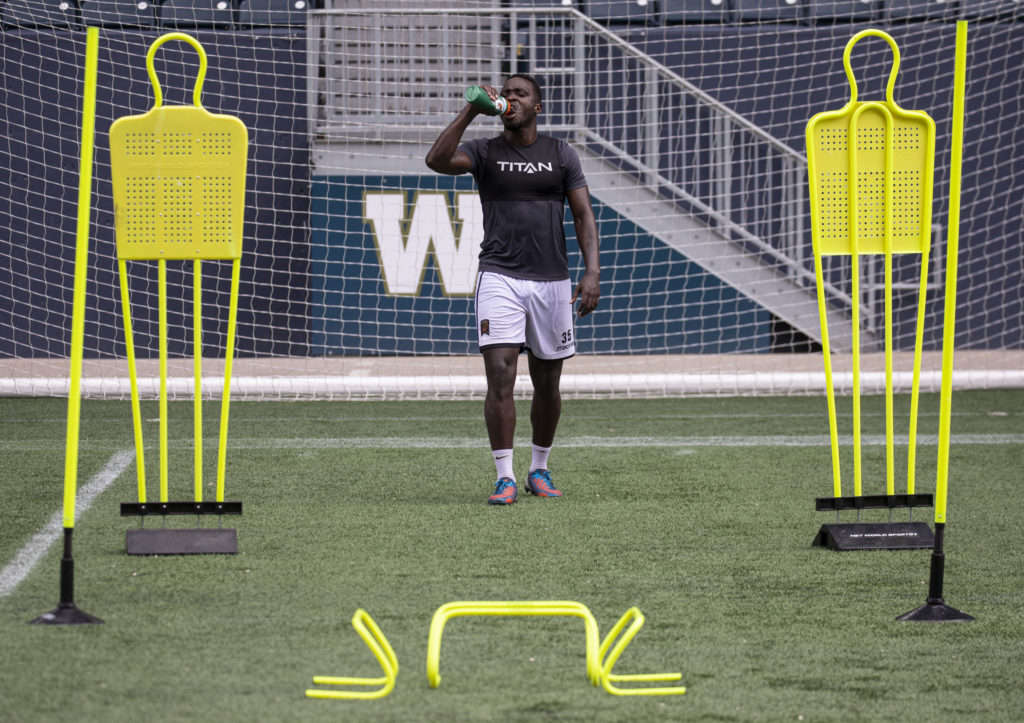 “It’s a creative way to meet your teammates, I’ll say that,” said Kacher. “I give the Valour staff credit because it’s certainly better than no contact at all. It would be even weirder if we didn’t know anyone and just showed up after a few months. Right now we feel like a team.

“All of this is a bit frustrating, but it’s something we have to deal with right now because there are more important things happening. This virus is having an impact on the world, on everyone, and there are people losing their lives.

“We just try to do our best, stay in shape and hope this will end soon.”

The restrictions began to loosen in June, when Coronavirus numbers began to drop. Players were allowed to return to IG Field under strict protocols, including having to answer a COVID-19 questionnaire daily before entering the facility and then practising social distancing and other sanitizing procedures.

Phase 2 came later in June when teams were permitted to increase the number of players on the pitch – albeit again under strict guidelines.

As June turned to July rumours began to swirl about the CPL playing games in a bubble, as the National Hockey League and National Basketball Association was doing at the time.

And by then — after all the delays, the questions and uncertainty – players were simply searching for some clarity.

“It’s been a very hard year, but at least we’re on the field now,” said veteran midfielder Jose Galan in July. “Positive thinking… we are a team, we are training. I remember when everything we had was Zoom calls and running on your own, even when it was -5. I’m grateful we are back training and one step closer to the goal. 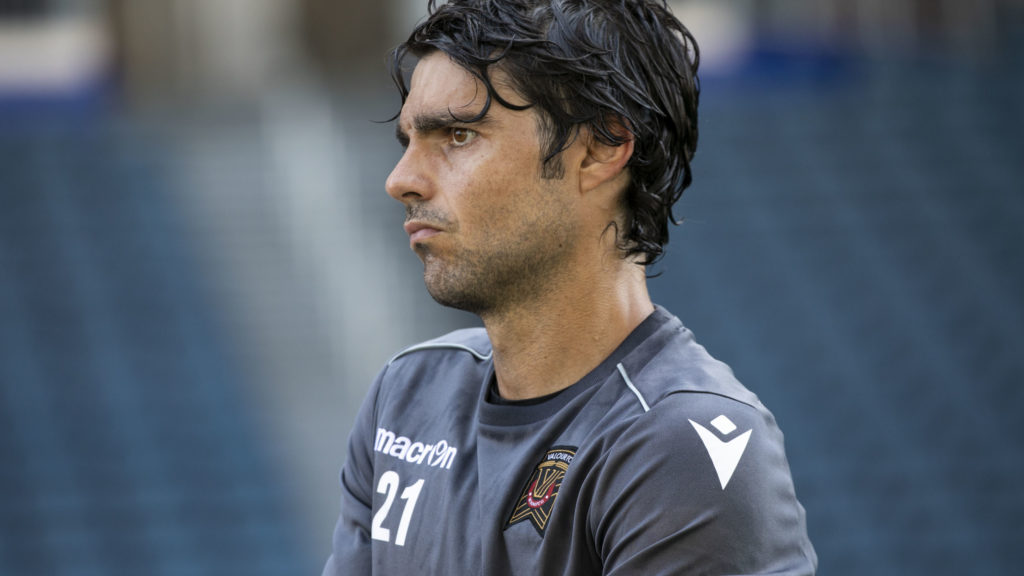 “Everybody is getting ready. Yes, there isn’t a game to get ready for on the weekend or something, but you can see that the boys are starting to connect.

“That’s how I want to look at things now: we’re around our new teammates and so it’s just good to be together. It’s true no one knows yet what is going to happen this season, but hopefully we’ll get some answers soon.”

Those answers came shortly thereafter with the announcement of a bubble season, to be held in Charlottetown, PEI.

Next: The Island Games