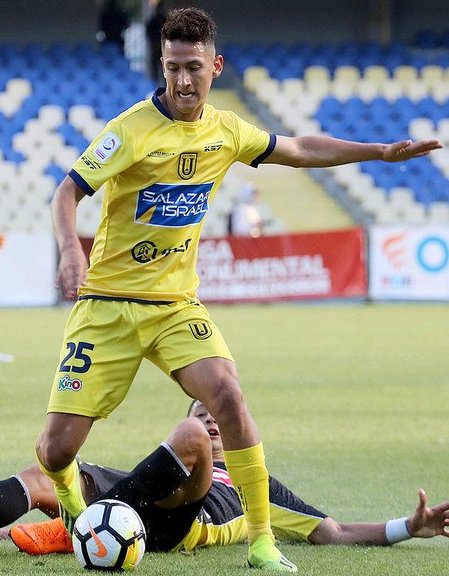 “We think he’s someone who could bring high rewards to the club.” | Valour FC adds Walter Ponce
January 13, 2022

There was a lot to like about Walter Ponce when Valour FC’s coaching staff first began watching his film.

Among other things, they liked his versatility, his pace and his touch around the box.

And when they got a recommendation from a former and future teammate in Diego Gutiérrez, the pressing began in earnest to get the Chilean forward’s name on a contract.

All that became official today, when Winnipeg’s Canadian Premier League squad announced the signing of the 23-year-old product of Santiago, who spent 2021 with A.C. Barnechea of the Chilean First B Division, with 126 minutes in eight appearances.

“His name came to our attention a while back, a little bit after I came to the club,” Valour GM and head coach Phillip Dos Santos told valourfootball.club. “We started watching the player a little bit more. He’s young, but he has still played over 40 games in the Chilean first division. He’s a player who has scored goals at that level but went through a spell in his career where he couldn’t find as much playing time. We looked at his profile to see what he could bring to the team now and we think he’s a player that is going to come here with a chip on his shoulder.

“He’s still young – he falls under the U-23 international rule that we need to fill – and he’s someone who is versatile, that has goals in him and is dangerous in and around the box. He’s a player who comes with a strong background and culture of what the professional world is, what it takes to succeed at that level and how a locker room works.

“We think he’s someone who could bring high rewards to the club.”

Critical in the decision to signing Ponce was the thumbs-up from Gutiérrez, who played with him at Barnechea last season after his two years with Valour in 2019-20. Gutiérrez returns to Winnipeg in ’22 and will have Ponce alongside him. 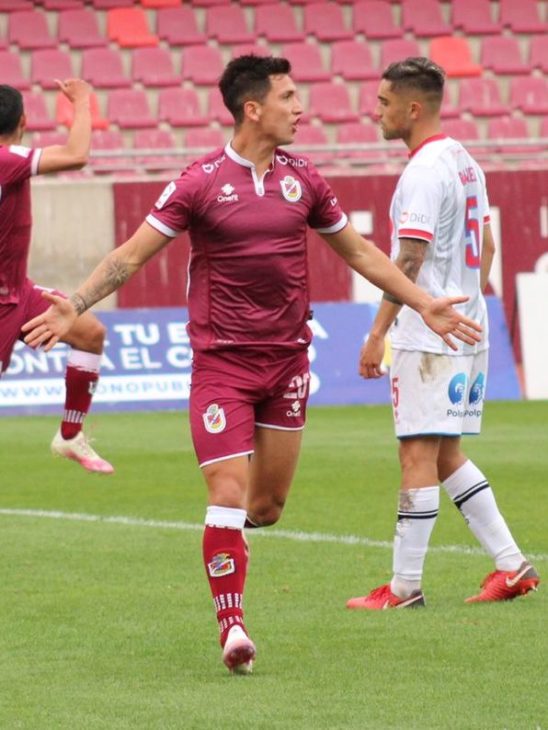 “For us character is very important,” said Dos Santos. “Look, there are players who are good who we had on our table, but when we did our homework there was a red flag with regard to character. We don’t want that. We want guys who are going to put the team first and we feel Ponce is that.

“When we talked to Diego he said, ‘Coach, if you have a chance to bring him in, bring him. He’s a good player, but also a great guy and a great character to have around.’ Having that reference from a guy who knows what this club is about and has been in this city and has played with him has its weight. That’s reassuring feedback and was an element that made the decision a little bit easier.

“I believe a lot in the micro-dynamics. If I bring in a loan, there might be a difficult adaptation. But because he already is going to have a familiar face in the locker room having played with Diego I think his adaptation is going to be quicker. When we look at internationals we want that to happen.

“We like the player, he has the ability to attack the space and be aggressive in behind the opposition, but he’s also strong in his link-up play. He’s a tall player who is going to help us on set plays and free kicks. There’s a lot he can bring to our game.”

“I’m encouraged by what we’ve done so far,” said Dos Santos of the roster building for this coming season. “I have experience where everything looks wonderful on paper and then when the season starts it’s not as we expected. And sometimes it looks difficult on paper and suddenly things shape up.

“But I’d rather be on the side where you’re looking at your roster and you feel that you know where you’re going and things are falling into place. That’s what we see now with this team. That continuity helps because you have a base and a foundation that allows us to build from. We’re comfortable with the roster. We still think there is some work to do because we have some things to do to comply with the league rules, but we’re happy with the position we are in right now.”